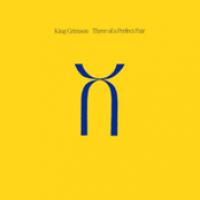 Album Three of a Perfect Pair

in the dream I fall into the sleepless sea
with a swell of panic and pain
my veins are aching for the distant reef
in the crush of emotional waves...

silhouettes like shivering ancient feelings
they cover my foreign floors and walls
submarines are lurking in my foggy ceiling
they keep me sleepless at night...

hey, can you picture the sight
the figures on the beach in the searing night
and the roaring hurt of my silent fight...
can you pull me out
of this sleepless night
can you pull me out?...
BELEW, ADRIAN / BRUFORD, WILLIAM SCOTT / FRIPP, ROBERT / LEVIN, ANTHONY CHARLES
© Universal Music Publishing Group
Paroles powered by LyricFind