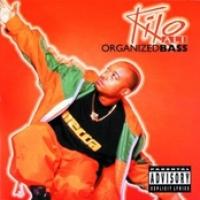 Love In Ya Mouth Paroles

Paroles de Love In Ya Mouth

I meet this girl in Atlanta, let me play in her mizzouth
She make my dick so hizzard, it never goes Sizzouth
From the side to the side, the bitch gon' get it all
From the top of my dizzick, to the bottom of my bizzall
I feel her fingernail as she grab it and beat it
She ready to eat it whenever I skied it
She did it in the dark but in the light she won't do it
She be unzippin my pants she be gettin straight to it
No, it was not a dream, even though that's what it seemed
I kick, I scrat, I skit, I scrat, I scream
The shit was feelin freaky, she was feelin fine
I didn't feel her teethes, I only felt her tongue
Relax, I'm gettin massaged by tha massouse
She wouldn't let me gi-zzo, she wouldn't let me loose
I don't know her she was somebody else
but I was happy that's why I said to myself
But this shit was nothin new, she do it anyway
She didn't wanna talk she ain't got nothin to say but

dick off to tha rima
bring me all tha girs that be fuckin all of 'dem
with tha big pizza parler
yes yes y'all
me dick iz not to big 'dem pussys are to small
wipe me dick off with a rag
self respect doin to tha pussy i just had
as she holla'd like a chid
dick up to her spine
for that crack head head woman there will be no tryin
ummmmm, I can be a lover ta man
ooooooo, no one do like I can
hurt me hurt me for I wont cry
ANTWAN PATTON, CARL WINFRED DORSEY, JR.
© CHRYSALIS MUSIC GROUP
Paroles powered by LyricFind